Hi, I am thinking about buying an ÄKTA Pure in exchange for a dying ÄKTA purifier and was wondering if anyone would like to share their experience with this machine. Or possibly comment on its advantage/disadvantages with respect to low throughput protein purifications. Thanks a lot!

Hi Annabel We have just bought one, you could contact Stefan Kol who is the person here working with it: mailadress stko@biosustain.dtu.dk Best Bjørn

How was your experience with Äkta Pure compared to Purifyer? Looking for a machine myself at the moment and would very much like to hear your pros and cons, and experience. Thank you!

Happy New Year to you too!

About your question.. well I can write a book about that !! We have done extensive analysis of the pros and cons of the BioRad NGC as well as the Aekta Pure. In the end, we went for the Pure and I also bought 2 new Aekta Start which are simply adorable... I think with the Aekta Start which is actually pretty cheap (sold via VWR), we can do 80% of our experiments.

The hardware is pretty similar between the NGC and the Pure since the guys who designed the Pure then ran to Bio-Rad and designed the NGC :-). In the end, it is only details that differ and of course the price. Ultimately, we got a pretty good price from GE Healthcare because we bought 3 machines as well as columns and Bio-Rad was not willing to reduce the discount enough to make the NGC more attractive. I know Huseyin was more lucky and he in fact bought an NGC at a very good price. I think it also depends on what you want to do and how you work (for example for fraction collection). We are not a facility so I have to take into account that we will have >30 users, while in a facility this is easier to manage. It was a hard choice I have to say, but I think Bio-Rad has to do a bigger effort if they really want to win Aekta users over... Keep in mind that there will be additional improvements to the NGC in 2014, so if you can wait a bit the NGC will become more attractive.

I could give you a lot more details, but maybe that is easier on the phone, so feel free to call me in case you would like to hear more.

Nice to hear from you!

We are in a similar position, waiting for quotes from both and perhaps a trial of the NGC Navigator (sounds nothing like explorer does it!?!), so it is interesting to hear what Annabel has said.

Perhaps Huseyin could tell us what swung it for the NGC machine for him?

For us the modularity and simple replacement or addition of the plug-in modules of the NGC would be a plus (having just spent some time renovating our 2 Äkta Xpress machines-what idiot made the column holder bar from aluminium alloy with a powder coat paint?-the ease of switching modules for upgrade or repair is very attractive).

The programming also looks quite straightforward compared to Unicorn 5.xx-can anyone comment?

We recently obtained two NGC's within our institute; one for the chemists and one for the structural biologists. I know that the structural biology people have mixed feelings about the NGC. One major issue is the fraction collector which does not behave properly. Aparently, we got an 'old' type collector which is somehow misaligned. I think we are supposed to get a new one.

There were also some lost connections between computer and system during runs which caused ending of the runs without the ability to continue from the place it stopped and moreover the run information is lost.. (i.e. no TEMP file, so failure of experiment). It also seemed impossible to change the chromatograms during the run (e.g. scale, color etc.). All these issues are currently being discussed with Biorad

On the other hand, people are happy with the fact that you can install the software on any computer and it seems fairly esy to use.

I just want to stress that I have't used the system/software and that our issues could be instrument-specific. I have not heard any complaints from our chemists sofar... 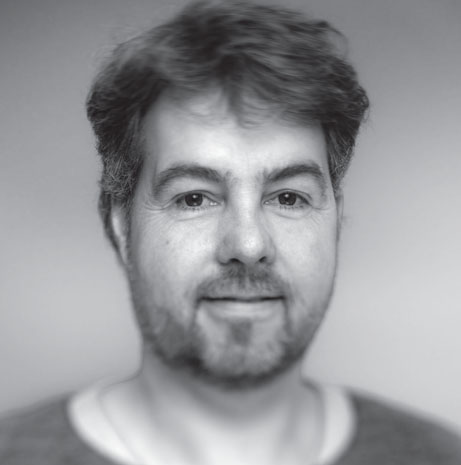 to me, the ÄKTA pure and the NGC look like products of convergent evolution. Each side could talk for hours telling you what the differences are and that their one is better but in principle the look/are pretty similar. In fact, if you look at the software, they are almost identical in most parts. All of this is probably not surprising when you know that former employees of one company have been working for the other one for some time. Whatever was there on which machine first is not relevant for the customer I guess.

Of course we didn't have enough time to get the same experience on the NGC as on the ÄKTA and some of the difficulties that people see might be because they are used to the ÄKTA system. Just give an Android smartphone to an iPhone user and he'll complain about 100s of things he won't like. It's just a matter of getting used to it, because from what I have seen so far, I believe, technically the differences are not so big. Actually, I like the touch screen on the NGC, which is convenient when you don't have the PC next to the machine but somewhere else.

Competition is important and we need to make sure that we are not stuck with the products of one company because nobody dared to try something else. Being an early adopter is always more risky but it might be better in the long run. That's why we bought one. Oh, before I forget it, yes, the price was not unimportant either. After using the BioRad NGC for a while now, I want to make some changes to the comments I made before about the system. The NGC has been tweaked by the BioRad people and also the fraction collector has been properly calibrated for handling 96-deepwell blocks. I did not have any major problems with the machine or software, although there is always room for improvement...

The software is easy to use and the transition from Akta to NGC is not a big step, although we still have to convince some of the members in our lab to do so...

Since we got a good price offer, we even purchased a third NGC for our institute, which will hopefully be installed within the next coming weeks.

OK, I know Annabel obviously bought her system years ago but across the network we are all constantly upgrading our FPLC systems so I though it was worth updating this thread with more recent comments.

Both now have excellent, intuitive software that allows you to put together a program in a few minutes and there is no continuity between older versions of Unicorn and the new GE software, I have no idea how old and new BioRad software versions compare.

Both systems should perform admirably and the new competition in this market has also dramatically altered pricing policies (at least here at a local level).

We were also surprised that GE would not offer a demonstration model until we threatened to include it as a requirement of the tender process (for 5 instruments across the institute), another thing that did not endear us to purchasing GE. Eventually we got our hands on both instruments long enough to have an idea of their capabilities.

We tendered for 2 systems recently and we were very impressed with the NGC systems and eventually they won the tender on specifications alone, working pressures, number of monitoring wavelengths available, number of valves, modularity/ease (and supply) of replacement of parts...

For us the NGC idea of modularity and a sense of  enabling the user to do simple and rapid replacments and repairs was a big feature. GE seem to be coming around to this now but they had to be pushed on the subject.

Software and hardware for both have evolved convergently, as Huseyin said, but not necessarily at the same rate. We were really impressed by the BioRad's response to suggestions from us (e.g. we wanted to automate 2-step purification, they didn't have this option but they did 6 months later! and during a demo were constantly absorbing new ideas). This is in stark contrast to previous GE responses over the years (e.g. a bug in a software 'wizard' that can prevent you from collecting fractions-obviously not important!!-given a work-around but never fixed, however we were offered a 'paid-for' upgrade 4-5 years later that we eventually got for free).

We have yet to see how the NGC machines will operate long-term in the lab, if we find any problems we will update this post .

We're an example of an "alternative" company described by Hüseyin. We felt neither of the two large companies selling protein chromatography systems are providing real innovation. Full disclosure: I am the president of the company. We created a completely new system called Arista Slice. We did not like software issues, so we made the system completely browser-controlled. You do not need an Internet connection, though. We also made the system compact and low power so you reclaim bench space and can avoid dust-sucking fans. The comments and points raised here are important to us. I welcome anyone's feedback and questions.